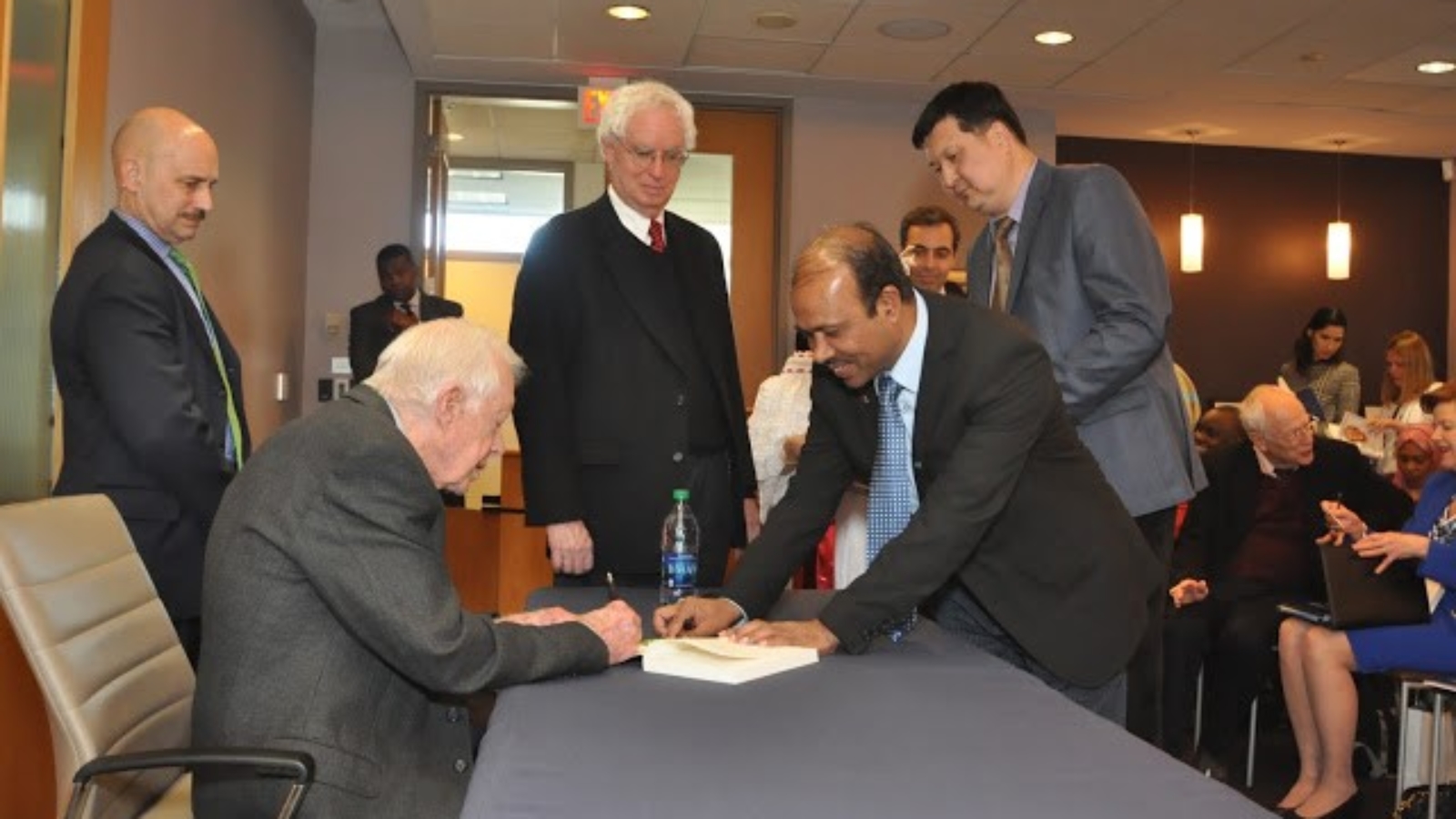 Mamunur Rahman, Founder of Ella Pad initiative, met with the President Jimmy Carter March 2017 at Atlanta, Goergia. He was invited by the Carter Center, Atlanta, Goergia. During his meeting with the president he narrated his Ella Pad project and its impact in society of Bangladesh, which was going to address problem of 4 million female workers. During the discussion, the president shared his memory of visiting Bangladesh before the national election 1990 meeting with our national leaders. He appreciated our growing development in different social indicators and expressed his wishes for the best of the Bangladesh. Mamunur also invited the president to see his low-cost napkin project in Bangladesh at his convenient time once he is in this part of the world. President presented his own book Life at Ninety with his autograph.

Mamunur also visited the museum at the Carter center. The official in charge of the Carter center explained different key historic documents made during his presidency 1977-81. He was shown the documents related to Carter’s visit in Bangladesh, the Carter Center was maintaining.

Later, Carter gave a talk with a group of Humphrey Fellow at the Emory University, Atlanta. “It was exciting to get career advice from a legendary president” said Mamunur Rahman later.